World Wide Technology Raceway’s compelling story of its narrow escape from the wrecking ball has been told many times, but it never ceases to amaze the listener. In a nutshell, the facility, which included a dragstrip, oval track, and road course, was closed down by its former owners on Nov. 3, 2010. The property, located in Madison, Ill. — a stone’s throw from the St. Louis Arch — was placed on the market. There were no takers. The abandoned acreage fell into serious disrepair. Later, the grandstands were scheduled for demolition, to be sold as scrap metal. The St. Louis region’s home for motorsports pretty much was dead and buried. Enter local businessman and developer — and retired race-car driver — Curtis Francois.

As a young man, Francois attended big events at the dragstrip, including “Big Daddy” Don Garlits and motorcycle stuntman Evel Knievel during their barnstorming days. In 1988, he began racing sports cars on the road course. His successful driving career included competition in IMSA, USF2000, Indy Lights, GrandAm – even a brief foray into NASCAR’s Goody’s Dash Series. 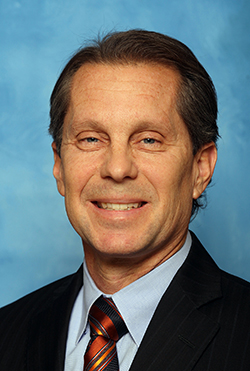 “I raced at what then was known as Gateway Int’l Raceway from 1988 to the early 2000s,” said Francois. “I won races there. Those were great times, and that led me to the interest I had in becoming involved with the track after it closed. Once I got into the business end of the track, I realized there were challenges. But where there’s challenges, there’s great opportunity. Fortunately, I was able to see the opportunity versus focusing on the challenges.

“Big facilities, such as this track, take continual care, and seeing what the track looked like after just a year was disturbing. It was just a victim of a change of business strategy. But the St. Louis-Metro East region never was going to get a track of this caliber again. That’s when I shifted from looking purely at the business side of the race track to understand its meaning in the community. Not only for racers, but also for fans.”

The dragstrip needed work, but its annual NHRA national event had been successful in the past. Francois reached out to the NHRA. If they would consider coming back to St. Louis, he would take the leap of faith to lease the track for one event to test its viability.

“NHRA loved the St. Louis market,” said Francois. “We struck a 20-year deal on a handshake. Based on that handshake, I closed the deal on the racetrack. We reopened the track as Gateway Motorsports Park in March of 2012 with NHRA.”

Under Francois’ ownership for the past 10 years, the NHRA Midwest Nationals continues to grow, and Saturday sellouts have become a regular occurrence. 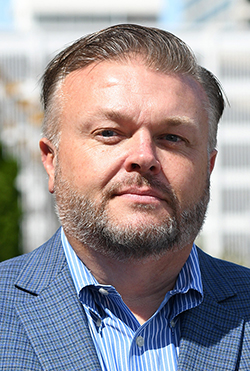 “Two weeks later, I was in a moving van, headed for Seattle to begin as the NHRA Northwest Division Director,” said Blair. “Four years later, I moved to Las Vegas to serve as Vice President of Racing Operations at Las Vegas Motor Speedway. I met Curtis at an NHRA national event operator meeting when he was contemplating rescuing the track in St. Louis. He offered me the opportunity to return to my Midwest roots and be closer to family. Most importantly, he offered the chance to try unique and creative ways of promoting a racing venue.

Through their tireless efforts, the facility now known as World Wide Technology Raceway has continued to grow and become an active member of the community. Francois has received numerous awards; Blair is the Military Affairs Chairman at nearby Scott Air Force Base. The track enjoys a solid relationship with Illinois South Tourism, and its events pump tens of millions of dollars into the local economy while providing hundreds of jobs.

The continued success of NHRA events at WWTR paved the way for the eventual return of NASCAR and IndyCar racing at the 200-acre property.

WWTR’s origins are rooted in drag racing. The first racing facility on the property was an eighth-mile dragstrip, constructed in 1967 and named St. Louis Int’l Raceway Park. The strip was extended to a quarter-mile in 1971, then later reversed to run in the opposite direction as speeds increased and additional shutdown room was needed. Many a veteran WWTR bracket racer proudly will proclaim they “raced here back when the track went the other way.”

For the fans, WWTR recently has upgraded its food and beverage service, expanded the midway, enlarged the parking lots (which in turn facilitated traffic flow), and improved the PA system.

Today, WWTR is the only track on the planet to host the NHRA Camping World Drag Racing Series, NASCAR Cup Series, and NTT Indycar Series. But its path to salvation and unprecedented growth began with a gamble on just one NHRA national event.